This September we are releasing some of the rarest signed books and fine art prints from the Genesis House archives. Items will include sold-out editions, rare signatures and end-of-series prints  perfect if you are looking for a missing book for your collection, or for an elusive print.
A percentage of all sales will go to our chosen local cause, The Fountain Centre, a charity for cancer patients, their families and carers.

Only 25 Artist Proof copies were ever created of Nick Mason's Inside Out, numbered in Roman numerals. 5 of these special copies are now being made available.

Published in the summer of 2005, the signed, limited edition box set, Inside Out - A Personal History of Pink Floyd, is a "box of delights" created by Nick Mason and the late Storm Thorgerson. Limited to only 500 copies, at the time it was the fastest-selling edition in Genesis's history, becoming fully subscribed within a month of its first announcement.
"I bought the original Derek Taylor book, Fifty Years Adrift, from Genesis and loved it. Since then, I've collected a number of their books and never been disappointed... I was rather honoured to be asked if I'd like my book Genesised.' - Nick Mason

The centerpiece of each boxed set is a first-edition copy of Nick Mason's acclaimed history of Pink Floyd that has been 'Genesised': bound in morocco leather with a silk ribbon marker, hand-numbered and signed by Nick Mason. A specially commissioned cover photograph by Storm Thorgerson is inset into the front cover. This is just one of several items included in the large-format edition.
Also included are:
All these items are housed in a large handmade presentation box, bound in buckram, blocked with silver foiling, featuring a second inset image created specially by Storm Thorgerson. Complete with an original brochure for Inside Out, we are delighted to offer this opportunity to secure one of the rarest editions ever published by Genesis.
SOLD OUT

A Deluxe-bound Artist Proof copy of the seminal edition Maximum Who, signed by Roger Daltrey. One of only 3 now being made available.

Published together for the first time in one book, Maximum Who features the recollections of Pete Townshend, Roger Daltrey and the late John Entwistle. Featuring rare and previously unpublished photographs, their exceptional large-format limited edition book documents the explosion of The Who onto the British music scene in the Sixties - from 1964 with the arrival of drummer Keith Moon, to 1969 with the rehearsing and recording of Tommy. As well as the band members themselves, Maximum Who includes the thoughts and experiences of key members of The Who's inner circle, such as producer Glyn Johns and Pop Artist Peter Blake.
'They were just really exciting times, with the Mod thing coming up. Most of my time was spent being the singer and the placater of many fights that were going to happen in the audience!' - Roger Daltrey
Maximum Who is a limited edition of only 1,500 numbered copies signed by the photographer Ross Halfin, the book's guest editor. Of these, only 250 Deluxe copies were created (now fully subscribed), fully bound in blue leather and additionally signed by Roger Daltrey. A further 18 Deluxe Artist Proof copies were created, numbered in Roman numerals, and also signed by Roger Daltrey. Three of these special Deluxe copies are now being made available, each shipped boxed with an original brochure and postcard.
SOLD OUT

Postcards From The Boys

Sold out for nearly 20 years, this is a chance to purchase a boxed copy of Postcards From The Boys in a distinctive red cloth binding. Numbered in Roman numerals, this rare Artist Proof copy is individually signed by the author, Ringo Starr.

The first of Ringo Starr's three books created with Genesis, Postcards From The Boys is a charming limited edition featuring the reproduction of 53 postcards sent to Ringo by George Harrison, John Lennon and Paul McCartney. The superb facsimile reproductions of the cards, front and back, are hand-pasted into every book; in total, 108 individually placed pieces. The messages on the cards give insight into the unique bond that existed between the members of The Beatles, making the book a 'must-have' for anyone interested in the group. The cards themselves are supplemented with a revealing and humorous text from Ringo, printed in silver ink onto the book's heavyweight black paper pages.
'It didn't matter what people's perceptions of us were, you can see from these cards that there's a lot of contact, a lot of thought. The relationship never went away.' - Ringo Starr
A true postcard album, each unique copy has a specially selected stamp affixed to the title page (no two stamps are the same). Only 25 Artist Proof copies were created, numbered in Roman numerals and specially bound in red book cloth. Individually numbered and signed by Ringo Starr, the book is also accompanied by a page of stamps and three loose cards in a black envelope. The complete set is housed in an aluminium-faced, postbox-style solander case.
Only 25 Artist Proof copies were ever created, of which four are now available to order. They will be dispatched complete with the original mailer sent to Genesis subscribers: a folding postcard-sized prospectus and a single postcard that reproduces a handwritten message from Genesis's late founder, Brian Roylance.
SOLD OUT

A last chance to order from Klaus Voormann's sell-out Revolver 50 limited edition - a beautifully designed boxed set that includes a unique, one-of-one drawing, signed by the artist himself. Only 4 copies are available, and each will include an artist-signed poster from the Revolver 50 launch event.

In 2017, Klaus Voormann partnered with Genesis Publications on a limited, Grammy Anniversary edition of a book he had created, entitled REVOLVER 50. Including new artwork, photos, and introductions by Paul McCartney and Ringo Starr, the book offers a fascinating insight into the making of the legendary cover artwork that Voormann produced for The Beatles. The commemorative REVOLVER 50: The Grammy Anniversary Edition marked the 50th anniversary of Klaus Voormann's Grammy Award. Limited to only 500 copies, the edition sold out within a matter of weeks.
'In the end, the Revolver cover was a classic and this book is another.' - Sir Paul McCartney
Each book comes with a signed original pencil drawing by the artist; a one-of-a-kind artwork, from a selection Voormann curated exclusively for this anniversary edition. The drawing is presented on a record-sized 29 x 29cm (approximately 12" x 12") mount, which is suitable for framing, and comes with a special 12-page commemorative booklet.
Exclusively for this Rare Editions event, each boxed copy will also be dispatched with an author-signed lithograph poster (42 x 59.4 cm; 16½" x 23½"), commemorating the publication's launch held at The Grammy Museum, Los Angeles, 7th March 2017. Each poster is signed in gold ink by Klaus Voormann.
SOLD OUT

One print is being offered from the very first edition in The Photograph Portfolio to be published by Ringo Starr in 2013. This image from Ringo's private archive captures him in his early days in Liverpool, c.1960.

'As a drummer, not having a car was pretty difficult. When I had to come on the bus, I had to beg drummers in the other bands, "Let me play your drums." Sometimes they'd let me and sometimes they wouldn't. Later on, when I got my car, other drummers would beg me, "Let me use your kit, man!" and I'd say, "Sure," because I knew what begging for a kit was all about.' - Ringo Starr
The framed artwork is one of only 25 prints created (this edition being long since sold out) and will be dispatched with a signed certificate of authenticity. A canvas tote bag from Ringo Starr's Photograph book launch will also be included, containing an open edition copy of Photograph, a pair of drumsticks, a Photograph prospectus, and a copy of the Photograph Portfolio 2013 catalogue in which this artwork was first featured.
Edition: 25 numbered prints,
Signed by: Ringo Starr
Dimensions: 50.8cm x 76.2cm (20" x 30")
Method: Archival Giclée using K3 Lightfast inks
Paper: 100% Cotton Hahnemuhle Photo Rag® 320gsm
Certificate: Numbered and signed by the publishers
Frame: Hard wood with acid free mount and UV Perspex

The Times They Are A-Changin'

Signed by Bob Dylan, one print is being made available from this edition that depicts the artist at work on his third studio album, The Times They Are A-Changin'.

Recorded in six sessions during 1963 at Columbia's Studio A in New York City, The Times They Are A-Changin' was released on 13th January 1964. The album was Dylan's first to feature only original compositions, the title track remaining one of his most famous. The image of Dylan captured during these sessions was taken by Don Hunstein, the photographer behind the iconic image of Dylan and Suze Rotolo featured on the cover of the preceding album, The Freewheelin' Bob Dylan.
Selected for inclusion in the Behind The Picture Frame series by Bob Dylan, this rare edition was limited to only 25 copies, each signed by Dylan himself. A certificate of authenticity, numbered and signed by the publishers, is included, as well as copies of the original catalogue and greetings card in which this artwork was first presented in 2014, before selling out soon after.
Edition: 25 numbered prints, signed by Bob Dylan
Photographer: Don Hunstein
Dimensions: 50.8cm x 76.2cm (20" x 30")
Method: Archival Giclée using K3 Lightfast inks
Paper: 100% Cotton Hahnemuhle Photo Rag® 320gsm
Certificate: Numbered and signed by the publishers
Frame: Hard wood with acid free mount and UV Perspex

Thanks to Genesis subscribers, this Rare Editions event will help support The Fountain Centre - a charity for cancer patients, their families and carers located in the St Luke's cancer unit at the Royal Surrey Hospital, Guildford, England. 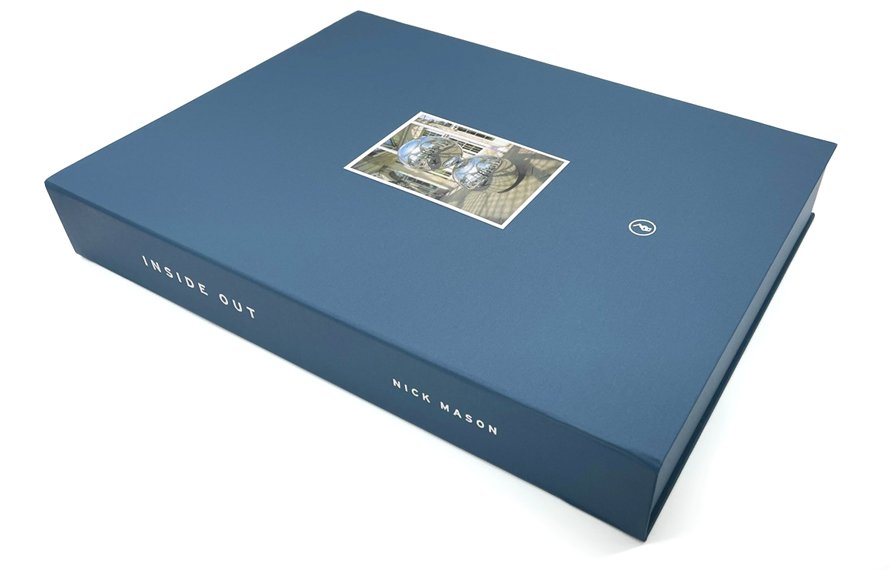 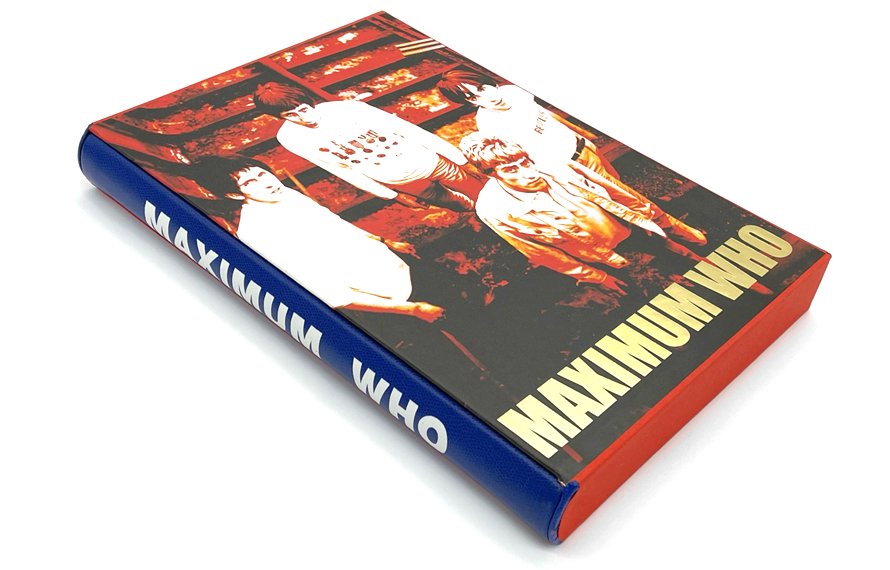 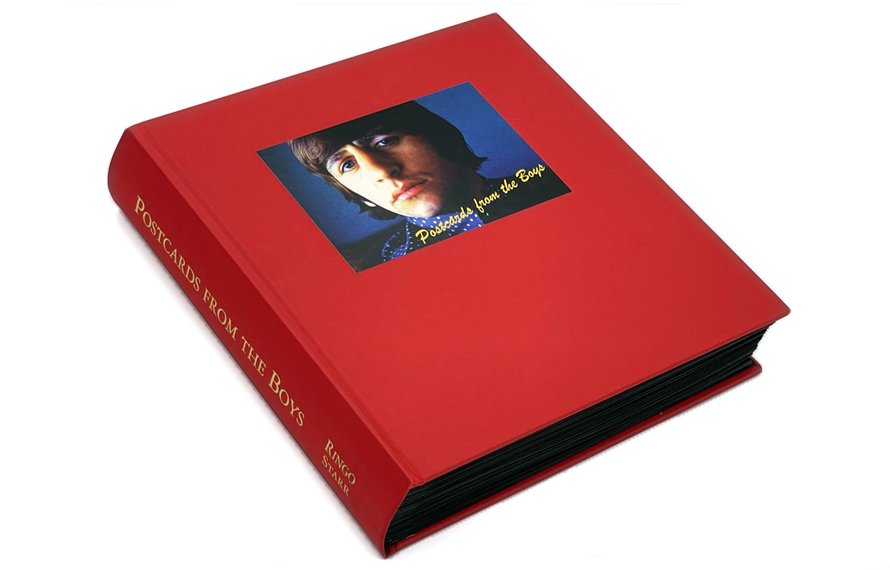 Postcards From The Boys 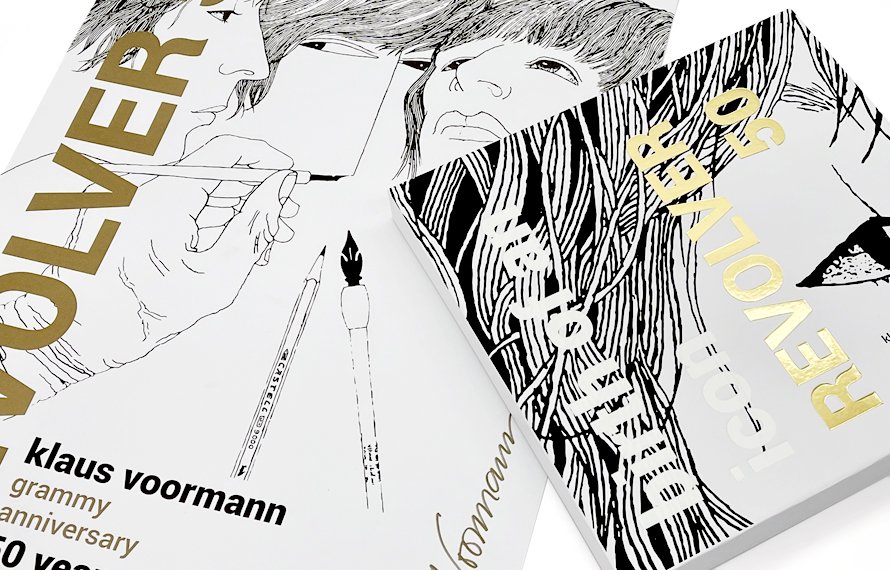 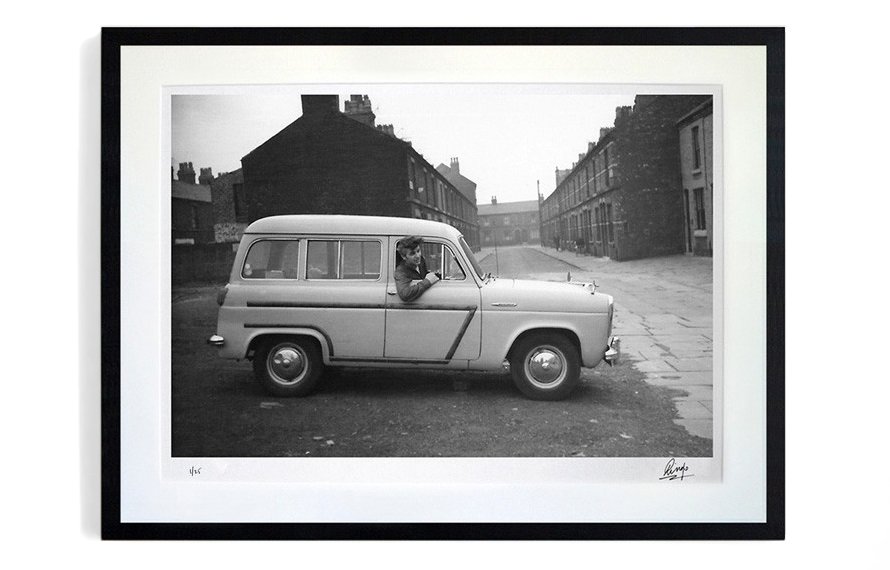 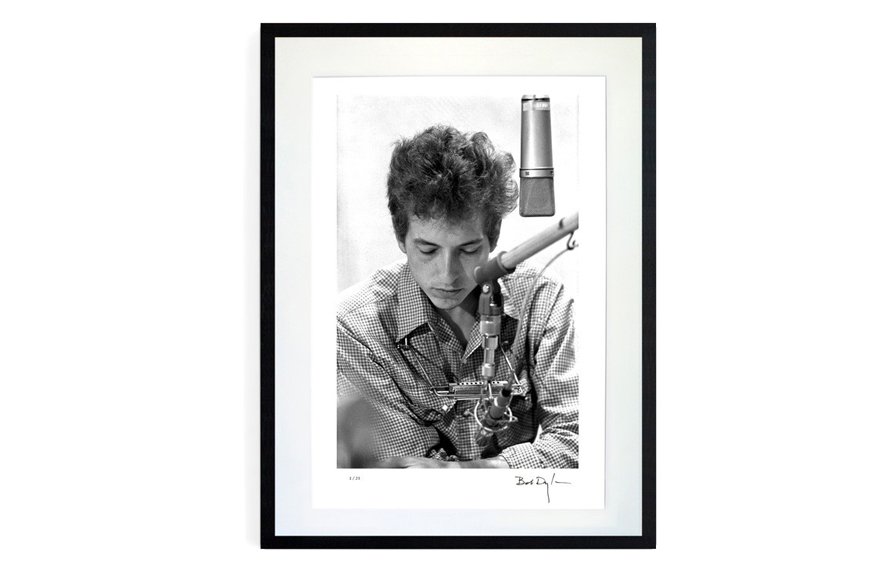 The Times They Are A-Changin'