Many can point a camera and push a button. Not everyone can make an image sing.  Bob Neuwirth

Published in an edition of just 500 copies, Real Moments is hand-signed, numbered and exquisitely hand-bound in a choice of two leathers: a red edition and a green edition. Each book is accompanied by a choice of previously unseen photographic print. Specially created by Feinstein for Genesis readers, and unavailable anywhere else, both choices of original print are numbered and signed by the photographer. The rare book and print set are presented together in a cloth-bound slipcase.

'I was in a unique position, given complete access and trust. I liked Dylan's work, he liked mine. He knew I would make him look interesting - and he was. I knew I was in the presence of genius.'  Barry Feinstein

Barry Feinstein first photographed Bob Dylan at the request of Columbia Records. Taken on the balcony of an NYC penthouse, the portrait Dylan hand-picked became the cover of The Times They Are A-Changin' and is now considered a classic.

Two years later, embarking on the 1966 European tour, Dylan was dressed to kill in shades, polka dots and stripes. Every night, halfway through his set, his acoustic guitar was discarded in favour of a Fender Telecaster to the frequent jeers of folk purists in the crowd. Bob Dylan had 'gone electric' and was redefining the concept of popular music. In Barry Feinstein, Life magazine had a photographer equal to the historic moments he was witnessing.

Feinstein's photographs of the 1966 tour are nothing short of extraordinary and form the backbone of Real Moments. Many have never been published, while others are deservedly famous. They include the image of Dylan standing on the rain-soaked quayside at Aust Ferry Terminal, Bristol, that came to grace the covers of Martin Scorsese's No Direction Home.
'The Aust Ferry shot with the limo is the picture that Bob likes; it told it all. It has depth, he looked cool and it represented the moment.' - Barry Feinstein

When Bob Dylan made his return to after retreating for a time to his home in Woodstock, Feinstein was again chosen to accompany him. Using the same cameras, Barry caught yet more extraordinary moments on film: Dylan with a rare ear-to-ear grin as he stands in front of a rapturous audience at the LA Forum; lying on the floor of his dressing room before a show; roaming art meeting with Governor Jimmy Carter.
'After this tour ended I said I would never go on another tour again because it would never be as great as this.' - Barry Feinstein

Real Moments contains nearly 100 striking images of Bob Dylan taken between 1963 and 1974. Many have never been published while others can only be described as iconic.

Feinstein himself admits, 'I don't feel that much needs explaining. My photographs speak for themselves.' Even so, the photographer's comments run throughout and, despite his protestations, provide a fascinating context for each shot, both the previously unseen and the legendary.

'Bob was good, he would go along with anything you needed. I think that's what made the pictures I did different, because he knew I wouldn't use anything unless it was to his advantage.' - Barry Feinstein

'Many can point a camera and push a button. Not everyone can make an image sing.' - Bob Neuwirth from his Foreword

Barry Feinstein has photographed two American Presidents, and his award-winning work has appeared in Life, Time, Esquire and Newsweek as well as on over 500 album covers - including George Harrison's All Things Must Pass and Janis Joplin's Pearl.

A good friend of Steve McQueen, Feinstein first made his name in Hollywood photographing stars like Marlene Dietrich and Charlton Heston for Columbia Pictures. Albert Grossman introduced him to Bob Dylan, who he was then asked to photograph. The resulting portrait became the cover of the 1964 album The Times They Are A-Changin'.

Readers are offered two distinct signed and numbered editions - either the Red or Green edition - each strictly limited to only 250 copies.

The difference between the editions is a choice of fine leather bindings and the accompanying photographic print. Each book and print individually signed by Barry Feinstein.

The Red Edition is beautifully bound by hand in a deep red leather and finished with silver page edging and decorative hand tooling on the spine and front cover. The book is presented in a luxurious cloth-bound slipcase, with the title blocked in silver foil.

The Red Edition book includes a contact sheet of Bob Dylan photographed in Liverpool in 1966, as shown above. Created by Feinstein's printer in Woodstock, New York, the archival-grade print is hand-numbered 1-250 and signed by the photographer on the reverse (size: 10" x 8").

The artist print features Feinstein's original grease pencil crop marks, as well as a host of frames that have never been seen before.

The Green Edition is also limited to just 250 copies and signed by Barry Feinstein. It is beautifully hand-band in bottle-green leather and accompanied by a limited edition print.

Each artist-signed book is finished with gilded page edging and gilt hand tooling on the spine and front cover. The book is presented in a luxurious cloth-bound slipcase, with the title blocked in gold leaf.

Accompanying the Green Edition is a new colour portrait, shown above, which captures a rare moment as Bob Dylan exits the stage and receives a rose from a fan during his 1974 US tour.

Created by Feinstein's printer in Woodstock, New York, each archival-grade print is hand-numbered 1-250 and signed by the photographer on the reverse (size: 10" x 8"). 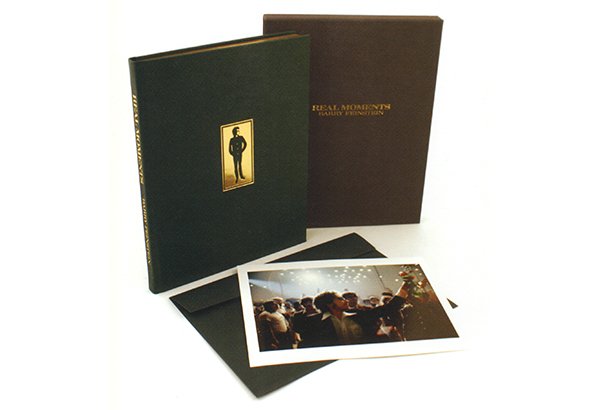 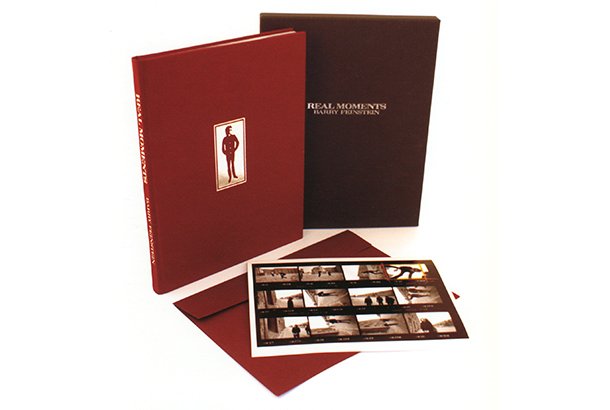