A limited edition of just 1,500 copies, each book is signed by Jerry Schatzberg. Thin Wild Mercury features nearly 500 photographs, many of which have never been published before while others have become iconic, including the shots used on Dylan's most influential album, Blonde on Blonde, released in August 1966.

'Thin Wild Mercury reminds me of what books once were... the hand-wrought objet dart.' Michael Carabetta, Creative Director, Chronicle Books

'As a photographic subject, Dylan was the best. You just point the camera at him and things happen. We had a good rapport and he was willing to try anything.' - Jerry Schatzberg

Thin Wild Mercury's 300 pages feature nearly 500 photographs, many of which have never been published before. All images are printed in four-colour with image varnishing, on three different luxurious art papers. Throughout the book the photographs are illustrated with excerpts of Dylan's music, hand written by Jerry Schatzberg.

A photographer for publications such as Vogue and Life magazines, Schatzberg first met Dylan during the recording of Highway 61 Revisited. As well as photographing him in the recording studio, on stage and off, and shooting the controversial blurred cover of Blonde On Blonde, Schatzberg also created a series of iconic formal studio portraits of unparalleled poetic beauty.

'Dylan and I were quite close for a while, as close as Dylan will allow. Dylan has always been somewhat impenetrable. He cherishes his privacy, and wants his personal life undisturbed. I respected that and still do. Any time somebody wants a photograph of Dylan I have to know how it will be used. I'd hate to find one of my photographs of him selling toothpaste.'

'Some time later, Albert (Grossman) called and asked if I would like to shoot Dylan's new album sleeve. It was the cover for Blonde on Blonde. I didn't know it would turn out to be one of his seminal records.' - Jerry Schatzberg

'The decision to use the shot he did on the cover of Blonde on Blonde was one of pure art and extremely brave. Few photographers would allow such an image to be used, even now. For most photographers, that one photo would be enough, but Jerry has an unbelievable and largely unseen archive: actors, musicians, politicians, royalty, catwalk models, and the man in the street. All Jerry's subjects demand equal attention. With many photographs, the subject matter often compensates for the art; here we have the very best of both.' - The Guardian

Thin Wild Mercury's 300 pages are filled with Jerry Schatzberg's photographs, from the iconic to the unseen. The stories behind all these images are presented, for the first time, in Jerry's own words.

During the Sixties, as a photographer for elite publications such as Vogue and Life, Jerry Schatzberg (shown above) was a central figure in New York's vibrant art scene.

'I got a call from Sara (Lowndes). She said: "Bobby hears you want to photograph him." I said, "I would love to." She said he was recording an album and gave me the address. When I showed up they were in the middle of recording Highway 61 Revisited... That's how I began.' - Jerry Schatzberg

Schatzberg and Dylan became friends and over the course of the next year he photographed Dylan in the recording studio,photographic studio, on stage, being interviewed by journalists and socialising with friends.

'Usually when I photograph somebody I spend as much time as I can with the subject before taking a picture. I'll use any excuse to delay a shooting just to spend more time. It helps them relax and gives me more of an insight into the real self. If I didn't take the time I'd be photographing myself.' - Jerry Schatzberg

From creator of poetic images to compelling storyteller, few artists can claim to have crammed as much into their creative lives as Jerry Schatzberg.

A former photographer for Vogue and Life magazines, and a New Yorker through and through, Schatzberg was at the centre of the city's cultural whirlpool in the Sixties, from where he captured candid photographs and intimate portraits of the generation's notable artists, celebrities and thinkers. Many of these images are also included in Thin Wild Mercury.

In the Seventies, Jerry Schatzberg turned his creative talents to film and immediately became an influential figure in the renaissance of American cinema. His early films - such as Puzzle of a Downfall Child,The Panic in Needle Park, and Scarecrow - are still widely regarded as classic.

'Jerry Schatzberg is a master of image making. His skill as a film maker is unquestionable. His photographs have a timeless quality: not one has dated, and yet some of these images are so iconic it seems they have always existed.' - Kate Simon, photographer and author of the Genesis edition, Rebel Music.

The book is hand-numbered and bound in a bespoke cloth. Each copy features a print of Bob Dylan inset into the front cover, and is housed in an elegant slipcase.

'We thought we knew Bob Dylan - until we saw this book.' - AIGA Book Awards

'He changed language and therefore he changed the world. I can't imagine what the world of music would be like without Dylan.' - Emmylou Harris 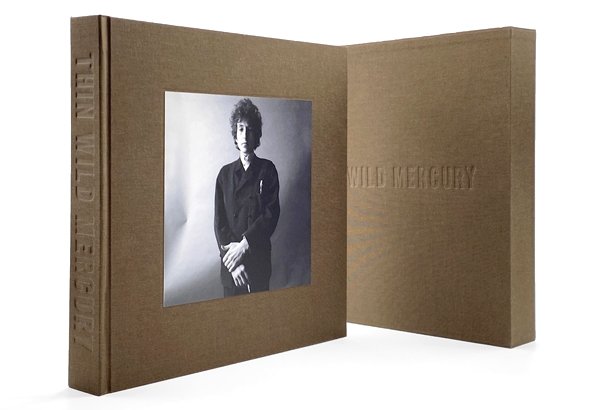 An award-winning look at Bob Dylan by former photographer for Vogue and Life magazines, Jerry Schatzberg, who was at the centre of New York's cultural whirlpool in the Sixties. 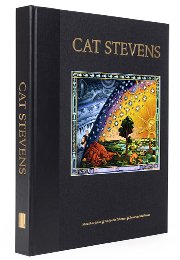