Commander Copies Back in Stock Soon

'This book is incredible. It takes me back to my first Stones tour.'  Ronnie Wood

In 1975, the Rolling Stones documented their mammoth 40-show Tour Of The Americas  T.O.T.A '75  in its entirety. A trusted friend and confidante, Christopher Sykes, was brought in to create a visual and written record of their journey.

The group's fascinating work is now available as a magnificent handmade book and boxed set, in an official limited edition published with the Rolling Stones.

The result is an enormous archive of largely unseen photographs, a wonderfully descriptive diary and a collection of every piece of tour memorabilia imaginable  including backstage passes and even hotel room keys.

'Just awesome, it will look nice next to it's older brother Exile, another great book.'  B. Zimmer, Subscriber, USA

Having known Mick Jagger from the early Sixties, Christopher joined the 40-show tour at the Stones' invitation with instructions to document the tour in its entirety.

'I had absolutely free and total access. I was in a very privileged position because I'd come to keep a diary, I'd been recommended by Rupert Lowenstein and I knew Mick. I was more of a friend than a rock photographer.'

Travelling with the band in a specially commissioned aircraft called the Starship, he took a wealth of photographs, most of which have never been seen, kept a wonderfully descriptive diary and collected every piece of tour memorabilia imaginable, including backstage passes, tour manager's newsletters and even hotel room keys.

Now, for the first time ever and with the Stones' blessing, this fascinating array of notes, images and paraphernalia is available in its entirety in a magnificent handmade book and boxed set - a truly memorable and rare collector's item.

The photographs, diary entries and daily newsletters will take you onboard the Starship, backstage for pre-show tuning with Keith and Ronnie and to Niagara Falls with Mick. You'll experience the full madness of the tour including crew parties and Stu's birthday cake fight; the idea of elephants as 'extra security'; Mick borrowing Lisa Robinson's knickers for a show; Ronnie and Keith being charged with reckless driving and possession of a knife, and much much more.

In his role as the tour's official diarist, no area was off-limit for Christopher Simon Sykes. The result is a massive and absorbing 27,000 word narrative to accompany his many hundreds of photographs.

'I knocked on Ronnie's door and Mick opened it. With a big smile he pulled me in and introduced me to the inmates. "Christopher, this is Ronnie. I'm telling them you're doing a diary of the tour, right?" I said to Mick I reckoned it would take me quite a while to get settled in. He took me aside and said, "Look Chrissy, if there's anything you need, come and ask me. Don't bottle it in just ask me. Don't worry, I'll look after you, and I'll tell everyone why you're here." At last I began to feel reassured. Next stop was Keith's room...' - Christopher Simon Sykes

'That's what we do. We go to Genesis for quality.' - Ronnie Wood

T.O.T.A. '75 is created in a limited edition of 2,500 signed copies. In 2015, just 400 of these rare books were specially made into Anniversary Copies that celebrate Ronnie Wood's first tour with the band. As well as being signed by tour manager Peter Rudge and diarist Christopher Simon Sykes, these copies were additionally signed by Ronnie Wood.

The Anniversary Copies feature a specially designed cover created to Ronnie Wood's approval, inspired by his metal 'disc front' Zemaitis guitar. The instrument remains one of Wood's go-to guitars for playing slide and, as well as being played throughout the '75 tour, has appeared on many Stones recordings. The book's aluminium cover is silkscreened with the same engravings that are etched onto the front of Wood's famous instrument.

Over 400 silver-edged pages are quarter-bound in leather and housed in a protective solander box. The tour's 'Access Backstage' silk armband serves as a pull ribbon for the large-format book. Recessed panels within the box contain facsimile memorabilia: backstage passes and even hotel room keys. The 'Starship' is silkscreened onto the outer box, with lenticular images of the Stones appearing in the aircraft's cut-away windows.

Coming back into stock soon.

We are excited to announce that the Commander copies, signed by the Stones photographer and diarist Christopher Sykes and tour manager Peter 'the Commander' Rudge, will be back in stock soon.

'Possibly the best Stones concert ever. They are better as a band in 1975 than at any previous time.' - Rolling Stone 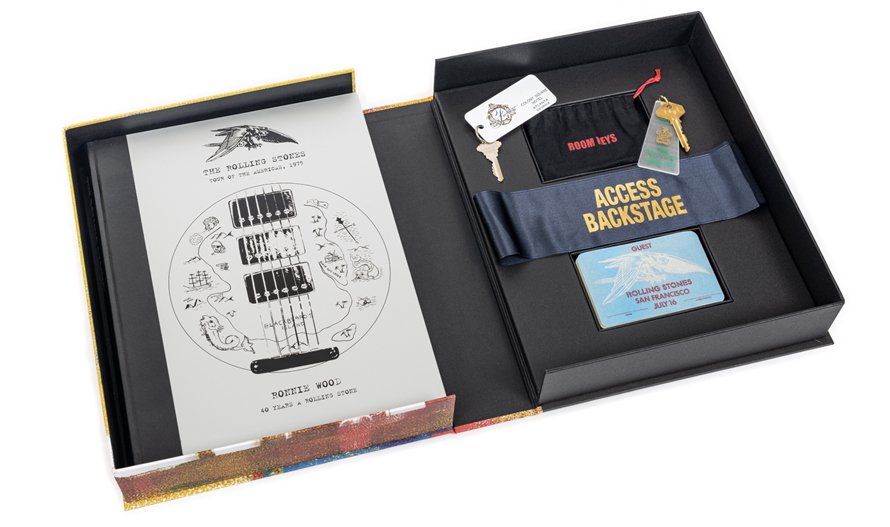 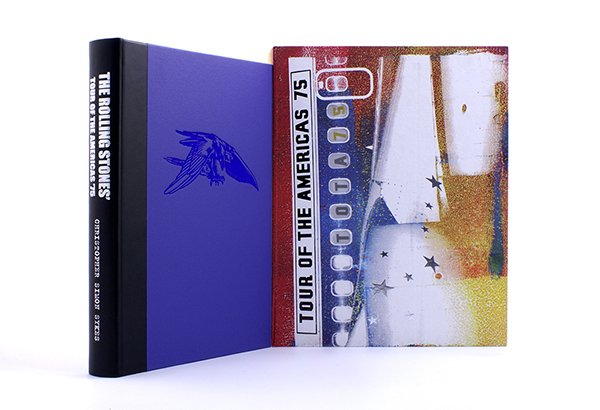 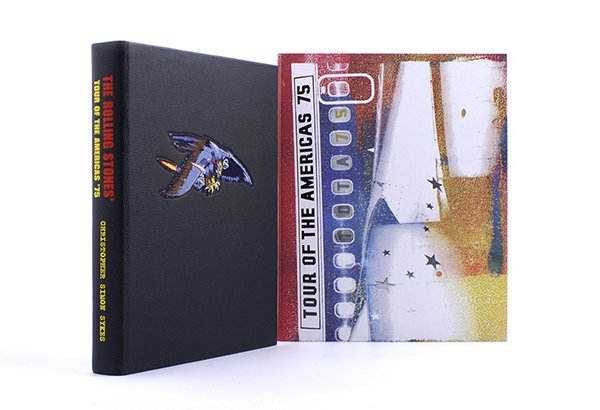