Classic Hendrix is the most comprehensive visual memoir of Jimi Hendrix ever published. With forewords by Noel Redding and Joe Perry, plus reminiscences from Mitch Mitchell, Chas Chandler, Eric Clapton and many more of Hendrixs peers, the book's biographical text draws on archival quotes from Jimi Hendrix himself.

Illustrated with an incredible mix of iconic and previously unseen images, Classic Hendrix presents nearly 300 of the greatest photographs of Hendrix ever taken, sourced from the archives of the worlds most celebrated photographers  including Jim Marshall, Gered Mankowitz, Baron Wolman, Jean-Pierre Leloir and Linda McCartney.

'I hope that Jimi, Mitch and I gave you some musical pleasure. Then and now. I hope you enjoy this wonderful book.'  Noel Redding
Classic Hendrix now features a foreword by Hendrixs legendary recording engineer, Eddie Kramer. The last 450 copies in the edition are signed by Kramer and his portrait of Hendrix, entitled From The Other Side of the Glass, is specially reproduced on the books stunning perspex cover.

34 of the most celebrated names in rock photography have supplied over 250 photos for the book. These include Elliott Landy, Jean-Pierre Leloir, Gered Mankowitz, Jim Marshall and Baron Wolman.

'I can't think of any single pop musician today meriting the deserved intense photographic coverage that Jimi provoked and which is reflected in these photos.' - Chris Morphet

Ross Halfin, who was responsible for the book's photo selection, travelled to Japan, the USA and Europe to unearth an extraordinarily diverse and fascinating array of photographs, ranging from the iconic to the never-before-seen.

Written by Guitar World magazine editor and life-long Hendrix devotee, Brad Tolinski provides a captivating account of Hendrix's career, placing each photograph within the context of his remarkable story.

Arranged chronologically, each photograph is supplemented with quotes from Jimi himself and his fellow musicians and friends.

'Turn to any page in Classic Hendrix, be absorbed by the text, examine the photograph. The joy, the pain, the confusion and the triumph variously registered by Hendrix will, I believe, be even more affecting as you discover the specific circumstances behind them. You will come away saddened, gladdened, and even stunned. This book is the Jimi Hendrix experience filled - like the best of his work - with beauty, great grandeur and transcendent human spirit.' - Brad Tolinski

Beginning in 1966 with Jimi and his newly-acquired band, The Jimi Hendrix Experience, playing their first gig at the Paris Olympia the book concludes with Jimi's final concert appearance on the Isle of Fehmarn, just before his untimely death in September 1970.

'I couldn't believe how good he was. Part of me wanted to run away and say, "Oh no, he's everything I want to be - I can't handle this," and part of me just fell in love. It was a really difficult thing for me to deal with, but I just had to surrender and say, "This is fantastic."' - Eric Clapton
'Back in those days, all us skinny white British kids were trying to look cool and sound black. And there was Hendrix, the ultimate in black cool. Everything he did was natural and perfect.' - Ronnie Wood

A sensational example of artisan bookbinding, each book is quarter-bound in fine-grain purple leather with prismatic silver foil page edging.

Specially for the last 450 copies in the edition, the book now features a stunning perspex cover. The new cover image - a portrait entitled 'From The Other Side of The Glass' - shows Hendrix at work on the recording of Electric Ladyland, at the Record Plant, New York, 1968. The portrait was taken by Hendrix's legendary recording engineer, Eddie Kramer, who is now introducing and signing every copy in the edition.

The finished volume is presented in a black buckram box silk-screened with six fluorescent guitar strings.

'Having known Jimi, it's like taking a very nice walk into my past. I think the book is beautiful.' - Jerry Schatzberg

Over five decades Eddie Kramer has worked with Led Zeppelin, The Rolling Stones, The Beatles, Eric Clapton and David Bowie but is perhaps best known for his collaboration with Jimi Hendrix.

Kramer became a permanent part of Hendrix's creative process, working with him on the four albums which Hendrix released before his death in 1970. Two of those albums were produced in London's Olympic Studios in 1967 - Are You Experienced? and Axis: Bold As Love. Kramer was on hand to capture the spontaneous jams that produced hits such as 'Voodoo Chile', and with Hendrix pioneered the use of reverbs, phasing and backwards echo effects that became the hallmarks of a Hendrix recording.
Fortuitously, Eddie Kramer also discovered a love and talent for photography while working at Olympic Studios and documented some significant moments in the studio with Hendrix.
'I was fascinated by photography. I was in the middle of engineering but I kept my camera next to me on the console, ready to shoot.' - Eddie Kramer 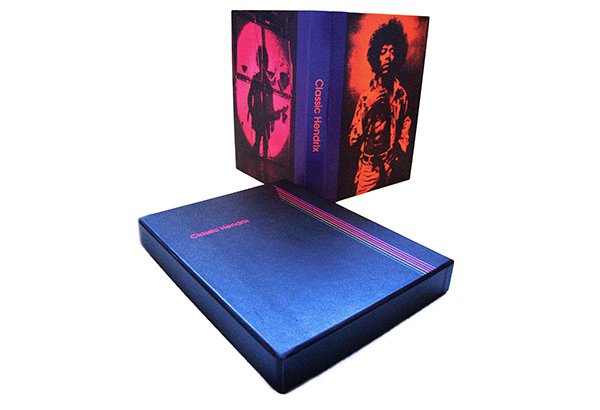 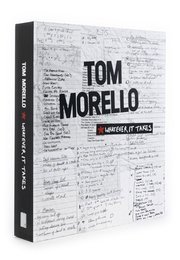