How grateful we are that the musical story of CSN&Y is being celebrated with this beautiful book, which showcases our visual history through Henry Diltzs camera lens.  Graham Nash

With their unique vocal blend and a musical approach that ranged from acoustic folk to melodic pop to classic rock, supergroup CSN&Y created some of the most beloved songs of the Sixties and Seventies. The story of one of the worlds most famous vocal harmony groups has been one of extremes: break ups and make ups, sublime musical chemistry and creative conflict, reunions and solo endeavours. Throughout, their enormous cultural impact has remained inarguable.

Documenting it all from the bands very beginning was renowned rock photographer, Henry Diltz. A fellow musician and a friend, his camera has captured CSN&Y through five decades of collective and individual milestones. With an introduction by Graham Nash and presenting Henry Diltzs remarkable CSN&Y archive, Genesis is delighted to announce CSN&Y: Love the One Youre With  a celebration of the band and its individual members, documented through 1,000 photographs and 34,000 words from 20 contributors.

It was scary. But once we knew what we had, you could not pry us apart with a crowbar. We knew wed lucked into something so special. We could hear it plain as day.  David Crosby

'I have known these guys my entire life as a photographer, way before they even formed a group and so I have photographed them all separately and together for the past almost 60 years.' - Henry Diltz

Featuring over 1,000 photographs, Love the One You're With is the first time that Henry Diltz's photos of CSN&Y have been collected and presented in such number and format. Selected from an immense archive of colour slides, contact sheets and negatives, many are previously unpublished, while others are of iconic status.

The book's photographic journey starts at the roots of CSN&Y, centred on the 'sylvan place' that was Laurel Canyon in the late Sixties. Diltz photographed Graham Nash, David Crosby, Stephen Stills and Neil Young in their previous incarnations in the Hollies, the Byrds and Buffalo Springfield. He was then witness to musical alchemy as CSN discovered their astonishing vocal dynamic, first performing to fellow musicians and friends.


Throughout every decade since, Diltz has shot CSN, CSN&Y and their various iterations, in recording studios, on concert stages, for album covers, and at benefit concerts.

'We were eager, young, and hungry. All we needed to do was get it right.' - Stephen Stills

'People believe in CSN&Y. When they see CSN&Y, even if it is a nostalgia trip, I want them to believe that life is worth living, and that the rest of their life is going to be better than the first part. I want people to feel an energy from the band that makes you feel great.' - Neil Young

'CSN&Y knew how to talk to an audience. Their music and the camaraderie on stage was genuine. It always seemed like the real McCoy to me. A very good feeling band, they'd always get you high.' - Joni Mitchell

'Henry was a part of whatever was going on at any moment. And we certainly never thought this was history when he was shooting us. We thought, "There's our friend Henry with his camera." And we trusted him.' - Graham Nash

Following the sell-out success of California Dreaming, a comprehensive look at the Southern Californian music scene, Love The One You're With is Genesis's second book with American photographer Henry Diltz.

Diltz is one of rock and roll's most beloved and respected photographers. A musician himself, he began taking pictures of his friends hanging out in Laurel Canyon, the ground zero of the folk-rock explosion. It was there a career was born.

Since the mid-Sixties, Diltz's iconic images have appeared in Rolling Stone, Life, People, the Los Angeles Times and the New York Times, and have graced more than 200 album covers, including those of The Doors, Crosby, Stills & Nash, James Taylor and The Eagles. In 2020, he was honoured with the International Photography Hall of Fame Lifetime Achievement Award.

Numbered 351 to 2,000, the Collector copies feature a dark red quarter binding with colour foils and gold page edging, and have an inset portrait of the band, with a hand-drawn CSN&Y logo. 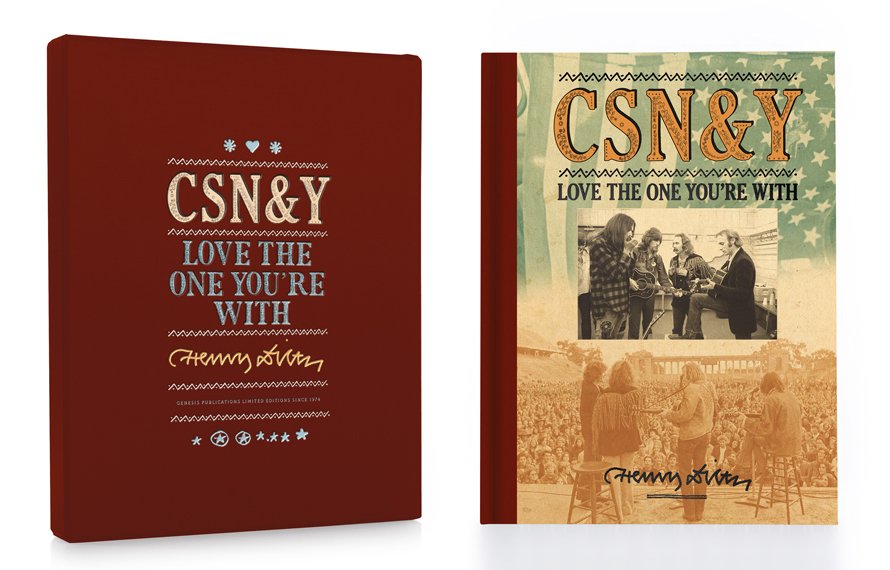 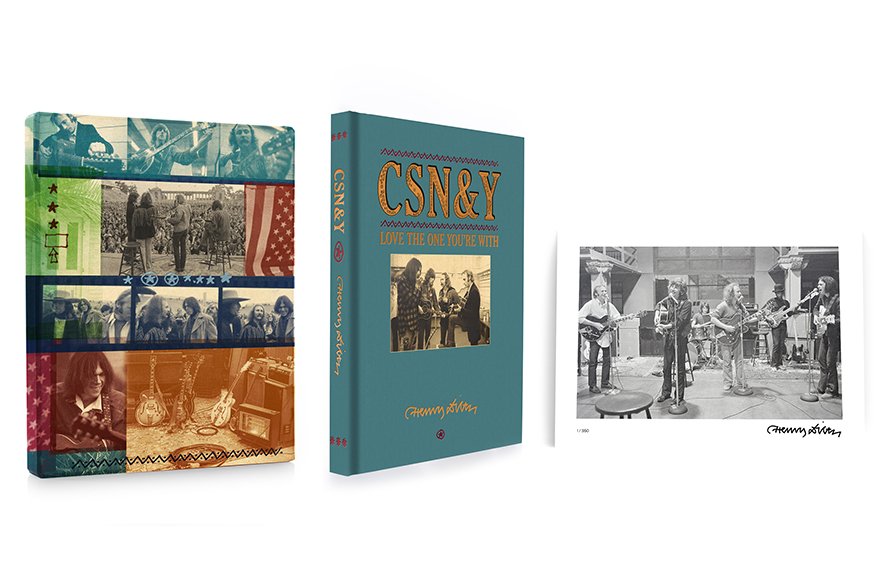