'I wanted to include items from my personal archive that have played a part in my career over 60 years, to illustrate the detail behind the detail.'  Jimmy Page

For Jimmy Page: The Anthology, Jimmy Page is sharing hundreds of items from his private collection including costumes, stage equipment and instruments that have had a profound impact on the history of rock. The collection has been specially photographed under Jimmy Pages art direction, from the curation of the items, to the lighting and the composition. Each photograph tells a story, revealing fine details such as the stitching, the wood grain, the wear and tear  all the marks of a phenomenal rock and roll career.

Now, Jimmy Page has selected a number of photographs to be made available as large format (20x30) archival prints. Presented in artist editions of only 75 numbered copies, each print is signed by Jimmy Page with a certificate of authenticity accompanying the final framed artwork. Printed in lightfast Giclée inks onto 100% cotton rag paper, Jimmy Page: The Anthology Portfolio celebrates the instruments, costumes and equipment of a musical genius in a collection of museum quality prints.

'When I began painting my Telecaster the pattern took on the imagery of a dragon. Once it was created and painted it became like the legendary Excalibur as it travelled from the Yardbirds to Led Zeppelin' - Jimmy Page

'My session years were a fabulous apprenticeship... I was coming up with things in the studio and working on them at home, being at the forefront and pioneering them, like playing with the bow and the effects pedals and trying different recording techniques.' - Jimmy Page

'My Les Paul 'Number One', chilling with the Song Remains the Same suit. I played the Les Paul on 'Whole Lotta Love' and 'What Is and What Should Never Be' and that decided it for me: it was deﬁnitely going to be the Les Paul from then on.'

'Guitars have been photographed since the Fifties, but I wanted to do some shots and angles that nobody had come up with before, as far as  I know. I thought it would make an interesting effect to have a row of double necks in which each neck eclipses the next. It's like the double neck guitar army standing to attention.' - Jimmy Page

'In the early Sixties I saw my Les Paul Custom 'Black Beauty' in a shop on Charing Cross Road. When I plugged it in it was like a dream, I had to have it. I used it throughout my studio musician years on the majority of sessions so I was deeply connected to this guitar.

In January 1970 I played my 'Black Beauty' with Led Zeppelin at the Royal Albert Hall. By April we were on an American tour, and after crossing the border into Canada the guitar failed to turn up. It had evaporated. My 'Black Beauty' had been stolen and remained lost for many years.

The guitar had become so iconic, featuring in photographs from as far back as my early session days, that Gibson wanted to make a replica. It was this Les Paul Custom reissue prototype, photographed on the right, that I played 'For Your Life' on at the Led Zeppelin O2 concert in 2007.

A good friend had made it his mission to find my original 'Black Beauty' and 45 years after it was stolen I received a call from him telling me, "I think I've found it". It was hard to believe I was finally going to get it back, but I did, and in time for it to be shown at the Play It Loud exhibition at the Metropolitan Museum of Art in 2019.' - Jimmy Page

Select your edition below. Shipping from October, 2020. 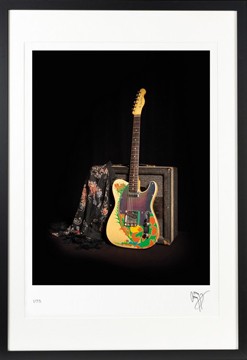 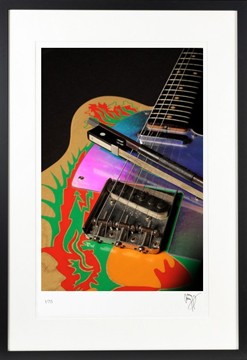 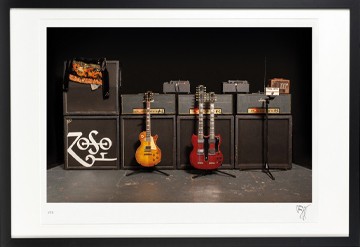 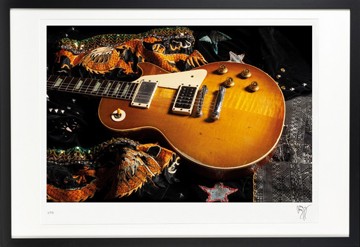 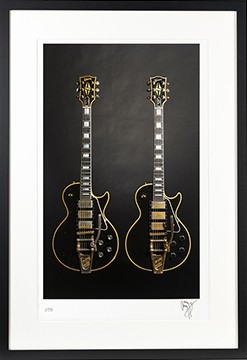 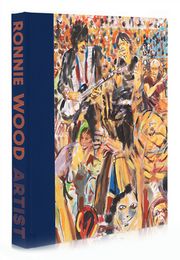