Celebrating 30 years of the cult classic Blinds & Shutters  quite simply our most famous book, and the cornerstone of any rock'n'roll library  Genesis is proud to publish three exclusive photographic editions from the Michael Cooper archives. Each print comes packaged with a highly collectible boxed set featuring 30 small-format archival photographs.

Option B) Collector's Boxed Set The Blinds & Shutters Collector's Boxed Set can also be ordered individually. It contains a total of 30 prints, all 8" x 10" in size. Presented in the boxed set is one estate-stamped and numbered colour C-Type photograph of the Rolling Stones, and a further 29 monochrome prints. The collection covers the breadth of Cooper's work and features icons such as Marianne Faithfull, Mick Jagger, John Lennon, Keith Richards, Twiggy, Andy Warhol and many more.

This photograph was taken during a recording session while the Rolling Stones were producing Their Satanic Majesties Request, the album that would feature the famous lenticular image of the band also taken by Michael Cooper.

John Lennon and Yoko Ono photographed at the opening of their You are Here exhibition at the Robert Fraser Gallery, London, 1968.

Visitors ascended a ladder which took them to the ceiling from which hung a magnifying glass and a tiny picture that said "You are Here". Lennon and Ono both released hundreds of white balloons into the sky, all tagged with a label written with the same words.

The morning of the Hyde Park Concert, Keith Richards and Michael Cooper went onto the roof of their hotel to watch the crowds arriving at the park.

That day, the Rolling Stones performed in front of a crowd of 500,000 people. Brian Jones had died two days before, and the concert became a memorial to him.

The Blinds & Shutters Collector's Boxed Set reflects Michael Cooper's close friendships with Keith Richards, The Rolling Stones and The Beatles. As 'court photographer' to both bands, he was ideally placed to capture their unguarded moments, create intimate studio portraits and capture key cultural moments of the Sixties.

Limited to only 450 numbered copies, the Blinds & Shutters Collector's Boxed Set reflects the iconic design of the landmark book, and, as such, is a perfect companion piece as well as a rare edition in its own right. The hand-bound solander case contains a total of 30 prints. Printed on archival paper, and measuring 8 x 10 inches, the prints are ideal for framing or for keeping within the portfolio.

The first photograph is a colour portrait of the Rolling Stones, originally taken as a potential cover image for the band's 1967 album, Their Satanic Majesties Request. This colour C-Type print is estate-stamped and numbered. An incredible selection of 29 prints follows, all black and white, revealing rarely seen off-duty images of Mick Jagger, Keith Richards and Brian Jones. Giants of the world of art are represented - including René Magritte, David Hockney, Francis Bacon, Andy Warhol and Peter Blake - as well as Sixties icons, Twiggy, Anita Pallenberg and Marianne Faithfull. Reportage photographs taken at the Chicago Democratic Convention of 1968, and the surrounding anti-war protests, offer a fascinating insight into the era and feature cult writers William Burroughs, Allen Ginsberg, Jean Genet and Terry Southern. 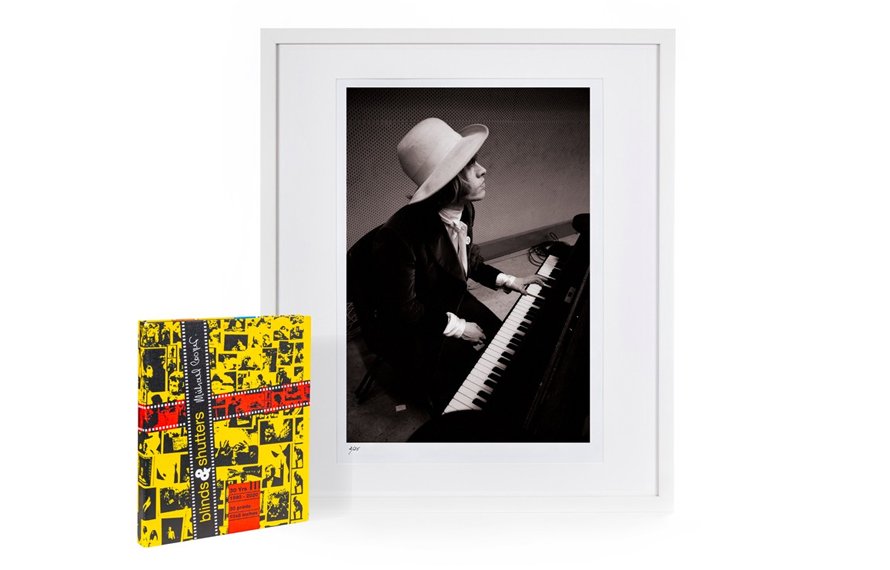 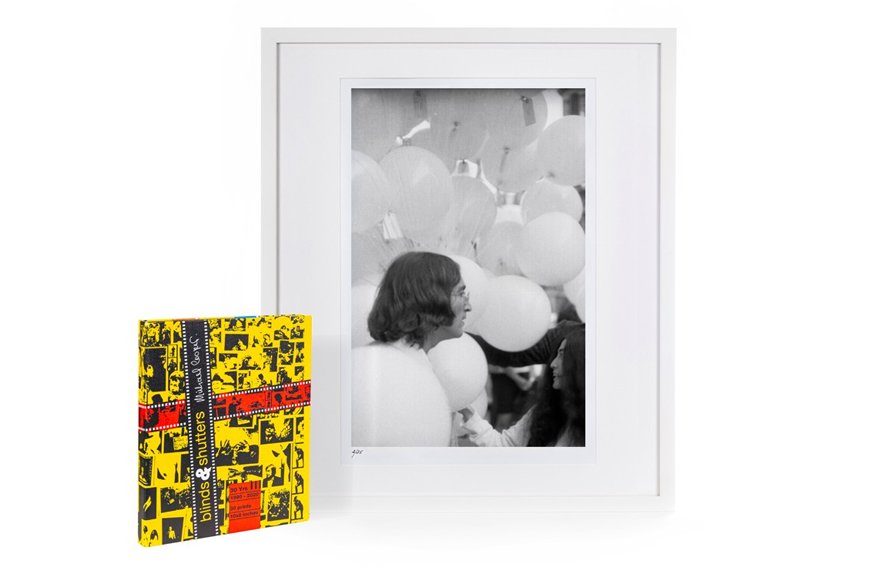 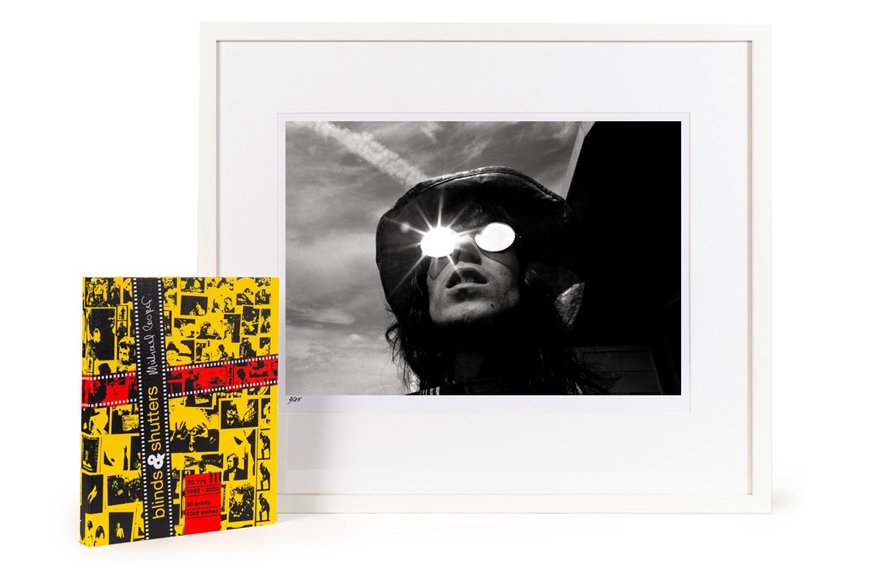 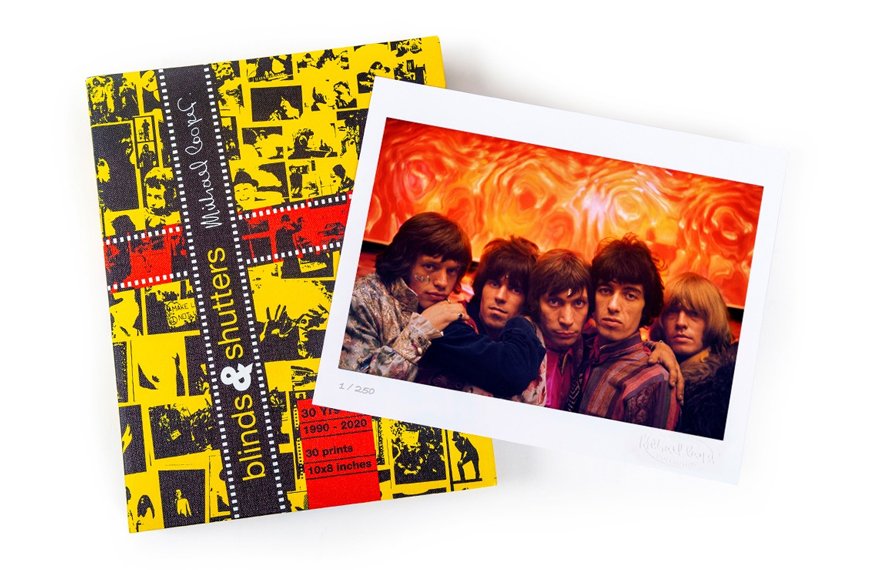