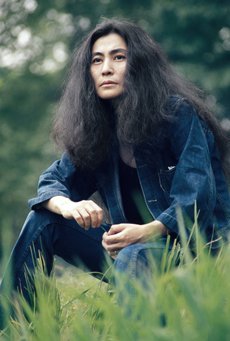 Its contents  abstract and conceptual art, poetry, text works, photography  not only remind us how pioneering and fearless Ms. Ono has been in her life, but also represent a defiant riposte to those who insist that her career amounts to little more than a few slogans and a fortuitous marriage Such doubters are now very much in the minority.  The Wall Street Journal

Yoko Onos curated selection of artwork explores the development of her vision over time: something she spoke about in her interview with The Wall Street Journal. To explore YOKO ONO INFINITE UNIVERSE AT DAWN further, click here.

I always thought that I was dealing in the future  creating the future and the unknown, which is far more interesting and exciting.  Yoko Ono