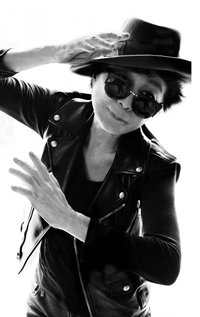 The Australian launch of YOKO ONO INFINITE UNIVERSE AT DAWN will take place in Melbourne in April.

I'm expanding the idea of exchanging ideas, that the ownership of ideas belongs to us all. I hope with all my work I may bring some peace to the world. There are so many ways of communications, and this book is just one. Communication is so important at this point. We have to exchange ideas. Yoko Ono

More details will be announced soon. To be the first to hear about upcoming events, you can register your details today by clicking here.