Yoko Ono Exhibit at The Guggenheim 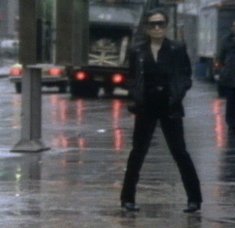 The exhibition will feature Yokos work from the 1960s until recent years, including Moving Mountains, which was created especially for this show. In her new piece, Yoko invites visitors to enter bags to form mobile sculptures in the room, whilst her Moving Mountains song plays.

I wanted to create a track that could move a mountain. Then I thought that to move a mountain doesnt take words. Its beyond words. In other words, it is the thought  the emotion and intent  that counts.  Yoko Ono

Half-a-Wind will run at the Museo Guggenheim Bilbao, Spain, until September 1st. For more information, click here. Yoko is currently curating a selection of her work for her limited edition book, YOKO ONO INFINITE UNIVERSE AT DAWN. To find out more and order your copy, visit www.YokoBook.com