The Who: Working All Summer 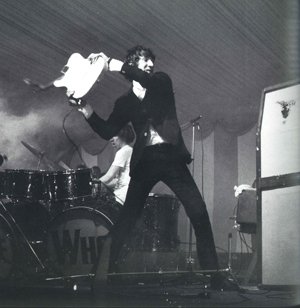 Fifty years after their first single, Cant Explain, The Who are still rocking and working as hard as ever.

This summer they will be playing BST Hyde Park on June 26th, Glastonbury on June 28th and Royal Albert Hall on July 5th, with European tour dates in between.

That chemistry, that tension, still works today and makes them one of the best live acts in the world.  Bob Pridden (Sound Engineer), MAXIMUM WHO

For incredible photographs of the band  such as this shot of Pete Townshend at the Sixth National Jazz and Blues Festival in Windsor, 30th July 1966  take a look at MAXIMUM WHO. The definitive account of The Who in the sixties, MAXIMUM WHO is the only book ever for which Roger Daltrey, John Entwistle and Pete Townshend have all written text. Click here to read more.