After teasing fans through a series of cryptic clues, The Rolling Stones have announced a new tour entitled SIXTY.
Eager fans spotted their iconic tongue logo pop up across major cities, and later Mick Jagger posted a series of teasers, including an updated Rolling Stones logo, to his social media. In celebration of the band's sixtieth anniversary, the band will play 14 dates across 10 different countries, including two shows at London's BST Hyde Park. For a full list of tour dates, see below.
It marks the first time the band will play the UK without Charlie Watts, who died last August at age 80. Drummer Steve Jordan has been filling in since, a drummer who has previously worked with Neil Young, Eric Clapton and Bob Dylan. Keith Richards, who appeared on CBS Sunday Morning over the weekend, spoke of Jordan on the show, and revealed that the band had been working on new original material alongside him. If released as part of an album, it would mark their first LP of original songs since 2005's A Bigger Bang.
'It'll be interesting to find out the dynamics now that Steve's in the band,' Richards said. 'It's sort of metamorphosing into something else. I was working with Mick last week, and Steve, and we came up with some, eight or nine new pieces of material.'
The tour commences on June 1 and will run until the end of July 2022.
The Rolling Stones' tours were turned into art in 2018, when Ronnie Wood authored the edition The Rolling Stones Set Lists. This large-format book sees Ronnie Wood's fascinating set lists published for the first time. Presented in chronological order, each year of set lists is introduced with a selection of photographs and Stones memorabilia, from 'A Bigger Bang' in 2005 to the 2018 'No Filter' tour.
A talented artist, Wood's colourful hand-lettering recalls his early art school days when he worked as a sign writer. His calligraphy is interspersed with illustrations, doodles by fellow band members, and jotted notes that all add up to paint a picture of life on the road with the Rolling Stones.
Ronnie Wood's personal reflections bring the story of the set lists to life as he discusses the band's creative process, learning up to 80 songs per tour and personal highlights from the Stones' tours. Both Ready Set Go! and Set Pieces are in stock, though less than 100 copies of Set Pieces remain. To secure your copy, click here.
JUNE
WED 1 MADRID Wanda Metropolitano Stadium SPAIN
SUN 5 MUNICH Olympic Stadium GERMANY
THU 9 LIVERPOOL Anfield Stadium UK
MON 13 AMSTERDAM Johan Cruijff Arena NETHERLANDS
FRI 17 BERN Wankdorf Stadium SWITZERLAND
TUE 21 MILAN San Siro Stadium ITALY 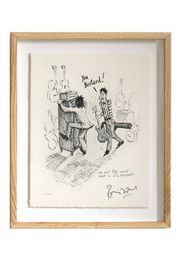