The Beatles' 'White Album' to be Re-Released for 50th Anniversary

The Beatles' 1968 self-titled record (more commonly known as The White Album) will be re-released to celebrate its 50th  anniversary. The highly anticipated box set will be available November 9th via Apple Corps Ltd./Capital/UMe.

The 30-track re-release will be mixed by producer Giles Martin in stereo and 5.1 surround audio. In addition to the original tracks (such as 'Back In The U.S.S.R', 'Helter Skelter', and 'While My Guitar Gently Weeps') this anniversary edition will feature 27 early acoustic demos and 50 session takes, many of which are previously unreleased. The reissue even features the famed Esher demos which were recorded in George Harrison's house in Esher before recordings of the official album began.

The super deluxe edition's seven discs will be accompanied by a 164-page book, a fold-out poster, reproductions of handwritten lyrics, and more.

Alongside the seven-disc super deluxe box set, The White Album will also be released in other variations, such as a three-CD deluxe set; a four-LP deluxe vinyl set; a two-LP standard vinyl set, and digitally. Pre-order your copy here.

For more information on the variations available and what they individually comprise of, click here.

Watch the below teaser trailer for the anniversary re-release. 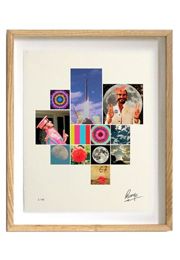