Home  »  Latest News  »  The Beatles in Tokyo: Preview in Mojo

The Beatles in Tokyo: Preview in Mojo 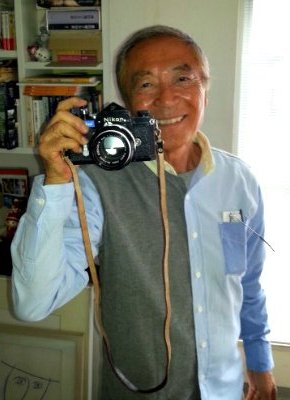 Exactly 60 years after The Beatles played their first ever show in Tokyo, Japan, Genesis Publications is releasing a new book of rare photos from their trip. Celebrating the band's visit to the legendary Nippon Budokan, HELLO, GOODBYE: The Beatles in Tokyo, 1966, will offer a collection of pictures by Shimpei Asai, the only Japanese photographer to be given official access to The Beatles during this time.

This week in Tokyo, Mr Asai began signing the signature pages that will be placed in each limited edition of this upcoming book. A photographer and filmmaker who splits his time between various art projects, and his Seaside Museum in Chiba, Asai captured The Beatles in a new, intimate light during their Tokyo visit in 1966.

In an exclusive preview, Mojo says: "Through Shimpei Asai's intimate lens, The Beatles seem relaxed in the eye of the storm. His beautifully presented Genesis collection captures the quartet on stage, chilling out, in Noh theatre masks, playing kotos in kimonos."

HELLO, GOODBYE: The Beatles in Tokyo, 1966 will offer a rare chance to follow the band through part of their last worldwide tour, and gain a glimpse into their time on and off stage.