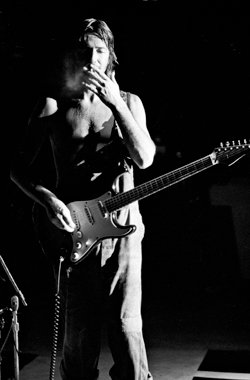 This year marks the 60th anniversary of the Fender Stratocaster. The guitar was created in 1954 and continues to be one of the most popular electric models today. Famous players range from Buddy Holly to Buddy Guy, Jimi Hendrix to Jeff Beck and Eric Johnson to Eric Clapton.

Clapton purchased his first Fender Stratocaster on May 7th, 1967, while he was playing with Cream. This second-hand 1956 model, bought from Londons Sound City music shop for £150, went on to become one of the most famous guitars in music history. Brownie was used to record Layla, and was Claptons main stage guitar until it was replaced by Blackie  another Strat  in 1971. Blackie was used up until its retirement in 1985, when Fender created Claptons Signature Series of Stratocasters: Claptons current choice of instrument.

I dont think theres anything on the Stratocaster that doesnt come from pure logic. I would challenge anybody to come up with a better design for a guitar. The Stratocaster is as good as it gets, isnt it?  Eric Clapton

To share what Strats and Clapton have meant to you over the years, you can comment on Twitter with the hashtags #SixStringStories and #STRAT60. You can order Claptons limited edition book, which features these pivotal instruments, by clicking here. 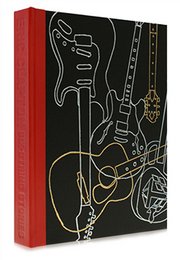