Pink Floyd revealed last week that they will be releasing a remastered version of their final album, The Division Bell, 20 years after its initial release. They also unveiled a new video for 'Marooned', directed by Aubrey Powell at Hipgnosis, which you can watch below. 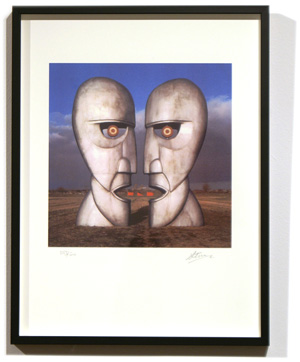 An alternate version of the classic album cover (pictured left, framed) accompanies TAKEN BY STORM: the limited edition box set created by the late Storm Thorgerson. The image is silk-screened onto archival quality paper, and each print is individually signed by Storm. Fewer than 100 sets remain.

'I consider, unashamedly, this to be one of the best things I've ever done. Not so much for the dialogue with the viewer, and not so much for the implication of a third absent face - a spiritual face (i.e. that of Syd Barrett) formed by the two eyes looking at you rather than at each other - but more because the statues themselves, designed with wild-eyed Keith Breeden, were very imposing in their own right: majestic, elegant and monolithic, standing eerily in the fens of East Anglia.' - Storm Thorgerson in TAKEN BY STORM

TAKEN BY STORM uniquely celebrates the iconic art created by Storm over his career. Click here for more details... 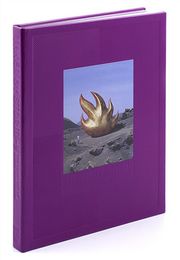