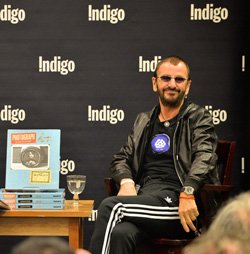 Ringo Starr entertained 250 readers in Toronto on Tuesday, where he spoke to Indigo Bookstores founder, Heather Reisman, about his Open Edition PHOTOGRAPH book and PHOTOGRAPH Portfolio 2015.
Ringo also met with print collectors including Nick Angelo  a guitarist whose band, The Four Frenchmen, supported The Beatles at the Forum in Montreal in 1964. Nick presented Ringo with a photograph he had of the pair shaking hands during the show's interval, over 50 years ago.
Wed love to hear your memories of The Beatles in Canada. You can share them with the Genesis community by commenting on our facebook or twitter, with the hashtag #RingoRocksCanada
Left: Photo by Shan Qiao 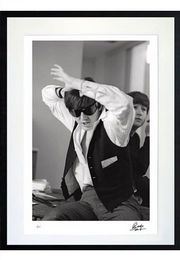