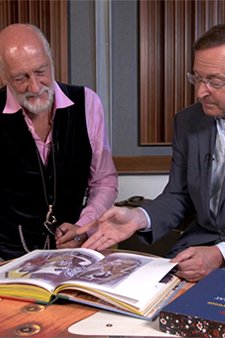 On the 50th anniversary of Fleetwood Mac's formation, preview copies of Love that Burns have been drawing praise across the media.

"Mick Fleetwood's private photo album... A glimpse of the blues-infused dawn of the band" - Mojo

"Fleetwood's roller-coaster journey is above and beyond your average autobiography, crammed with large, glossy photos, artwork and concert bills, all beautifully laid out" - Classic Rock (4/5 star review)