Sir Paul McCartney has announced the release of his latest solo album, McCartney III. As with his previous solo albums, McCartney and McCartney II, McCartney III is entirely the work of McCartney alone, giving him the freedom to experiment with his sound. However this time, the album was produced during lockdown and in a recent interview McCartney commented that a couple of the songs were inspired by the ongoing pandemic.

"There's one called 'Seize the Day' - that had echoes of the pandemic kind of thing when the cold days come, we'll wish that we had seized the day. So that was just reminding myself and anyone listening that we better grab the good stuff and you know, try and get on through the pandemic. But it certainly helped me, you know." - Paul McCartney

The album also focuses around the themes of freedom, love, and optimism.

McCartney III will be out 11th December and is available to pre-order now. 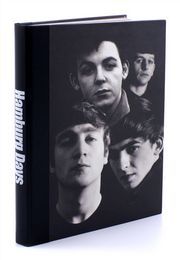