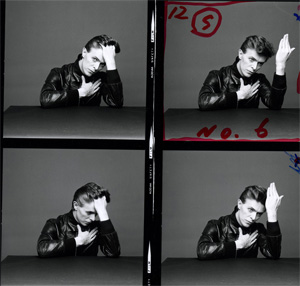 The cover of Bowie's new album, The Next Day, features the 1977 "Heroes" cover obscured by a white square citing the album name. The subversion of such an iconic photograph has been the cause of much discussion since its release yesterday. Designer Jonathan Barnbrook explained his creation in an online blog, available to read in full here.

'If you are going to subvert an album by David Bowie there are many to choose from but this is one of his most revered, it had to be an image that would really jar if it were subverted in some way and we thought "Heroes" worked best on all counts. Also the new album is very contemplative and the "Heroes" cover matched this mood. The song 'Where Are We Now?' is a comparison between Berlin when the wall fell and Berlin today, and we want people to think about the time when the original album was produced and now.' - Jonathan Barnbrook

The original photograph was taken by Sukita, who discusses his ideas behind the shoot in his Genesis limited edition, SPEED OF LIFE.

'The photos were meant to have a 'punk' feel. David-san had asked Yacco to get as many leather jackets as possible and instead of shooting on a straight white background, I included the door edge to break the image up and give a rougher feel.' - Masayoshi Sukita, SPEED OF LIFE.

Sukita and Bowie chose 12 of their favourite prints from their now sold-out book to form the CHANGES collection. Two of these selected photographs have some copies remaining: LET'S DANCE, and SPEED OF LIFE, the latter of which was taken during the "Heroes" photoshoot.

Above: Outtakes from Bowie and Sukita's photoshoot, taken from the CHANGES collection. 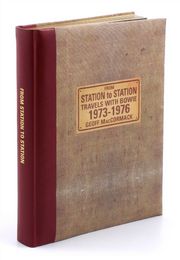 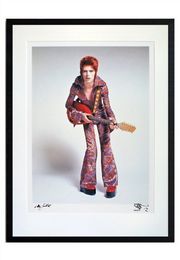