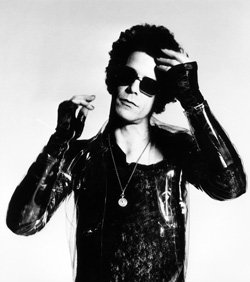 SXSW music festival will be holding a tribute to Lou Reed on Friday March 14th. Lou was the festivals keynote speaker in 2008, where he also performed Walk on the Wild Side with Moby.

Lous friends Richard Barone and Alejandro Escovedo will be presenting the commemoration concert, which features a host of bands influenced by Lous seminal work. For more details, click here.