In the USA on this day in 1970, Ringo Starr released his first solo album, Sentimental Journey. The third of the Beatles to record as a solo artist, Ringo's album featured a selection of 'standards', cover versions of well-known songs chosen by his family and friends, and came out the month before Let It Be. Back in 2003, Ringo spoke about recording the album with George Martin in an interview published on the Genesis website:

'When the Beatles broke up I sat around for a while wondering what to do with my life and in the end I decided to do an album of standards. I talked to George Martin and he was all for it. We were doing a session, and we were listening to this big band, and there was this weird noise. And so George says, "Excuse me boys, just the strings section." Alright, they're okay. "Just the brass." And in the middle of the brass section, the trumpet player was just drunk, and all the other players were surrounding him, pretending it wasn't happening. George was so great and just said, "I'm afraid you will have to leave." He was just the best.' - Ringo Starr

To celebrate this musical anniversary we are including three limited editions by, or featuring Ringo, in our April £75 off promotion. Simply use the voucher code: 75DRUMMER to claim the discount on the books listed below. The promotion ends on 30th April 2020.

Also remember to use your 75BIRTHDAY or 75ART gift codes before 30th April for £75 off a further selection of books and prints.

* Please note that the £75 gift codes can be applied to all books and prints and to multiples of those books or prints, but in one transaction only. Limited to strictly one order transaction per customer. Once an order is submitted, no further orders using the gift code can be submitted online/via email or by telephone. Offer ends 30 April 2020 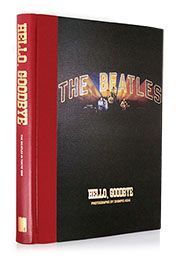