Home  »  Latest News  »  Thousand Things I Want To Say To You

Thousand Things I Want To Say To You 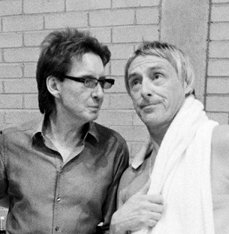 On April 29th 1977, The Jam released their debut single, 'In the City'. It reached Number 40 in the May UK charts, beginning a streak of 18 Top 40 singles for The Jam.
'"In the City" was, for me, the first real song I ever wrote. I'd been writing since 1972, but that was the first time I collided with my own generation. We loved that tune. Some nights at The Marquee we'd play it three times in a set. People loved it. It became anthemic through repetition.' - Paul Weller in A THOUSAND THINGS
The song earned The Jam a loyal fan base, many of which are still dedicated followers of Paul Weller's career nearly 40 years later.
Left: Bruce Foxton and Paul Weller reunited in 2010 © Lawrence Watson
To be amongst the first to hear about Paul Weller's new signed limited edition, INTO TOMORROW, you can register your details below.