On this day in 1956, 17-year-old photography enthusiast by the name of Lew Allen was invited to shoot Elvis Presley at the Cleveland Arena for his high school newspaper. A labour strike at the three major newspapers in Cleveland meant that Lew Allen was the only photographer at the show.

'Looking back, I realised that I had witnessed and captured the birth of rock 'n' roll.' - Lew Allen

The signed limited edition, Elvis & the Birth of Rock - The Photography of Lew Allen, catalogues Allen's serendipitous images of Elvis interspersed with now-legendary acts, such as Buddy Holly, The Everly Brothers, Bobby Darin, Frankie Avalon, and many more from this concert and two shows in Rochester, New York in 1958.


Signed by Lew Allen and Mike McCartney, Elvis & The Birth of Rock is available to order here. 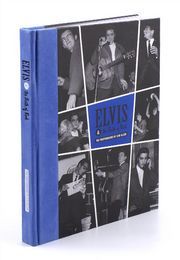