On this day in 1982, The Jam played their last-ever gig in Brighton. This came after the shocking announcement made by Paul Weller on the 30th of October 1982, that The Jam would disband after a short concert tour of the UK.
The last gig was originally scheduled close to home at the Guildford Civic Hall for December 9th. However, due to ticket demand, the additional date in Brighton was added with 5,000 fans turning up to celebrate and send them off with a bang.
'Once I had made up my mind to finish the band it was easy to adjust, but the hardest part was telling the rest of them.' - Paul Weller
In his statement to the fans at the time, Paul Weller announced that he wanted the band to keep its 'honesty, passion, energy and youth' and hoped that it would remain as a guideline for future groups to improve and expand upon.
Paul Weller talks about this and more in Magic: A Journal of Song. Exploring his life and music through a personally curated selection of 120 songs spanning his entire musical career, Magic is a fascinating portrait of one of Britain's most prolific songwriters, now available to pre-order and shipping in February 2023. 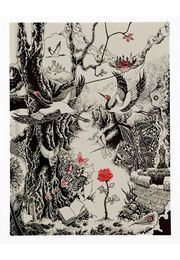